Home About us Certificates

HOPAX Company Ltd. during his professional growth gained and defended a series of certifications that is used as a presentation of the qualifications.

HOPAX Company Ltd. has established and implemented a Quality Management System according to ISO 9001, this system forms the main pillar of Quality Management in the company HOPAX Ltd. For the first time the system was audited in 2003 by RW TUV, since 2008 by TÜV SÜD.

Because the products are mainly welded steel structures, the company HOPAX Ltd. is certified since 2005 for this area according to EN ISO 3834-2.

Extension beyond these General Quality Management Systems is the demonstration of competence to manufacture and present on the market the steel structures according to manufacture standard EN 1090-2 class EXC3.

This certification was the first time performed in 2006 according to previously valid standard CSN 73 2601-Z2.

In 2010 HOPAX started supplying weldments for companies whose customers are Czech Railways. This area covers the certification according to DIN EN ISO 15085-2 with highest certification level CL1 and simultaneously by the ČD V95 / 5. This is the company HOPAX Ltd. authorized to perform: Production, repair and reconstruction of parts of Rail Vehicles and production of spare parts for Rail Vehicles.

Since 2010 HOPAX Ltd. produced as part of a large Pressure Vessel with a prescribed test pressure 1,4MPa. For this purpose is Hopax certified by TÜV SÜD in terms of European Directive 2014/068/EG.

Another area where is Hopax certified is Environmental Management System according to ISO 14001. 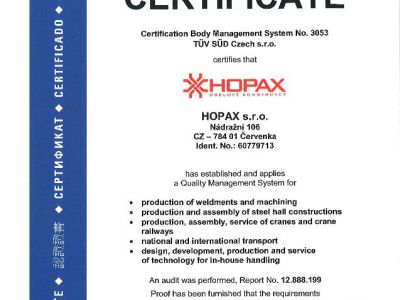 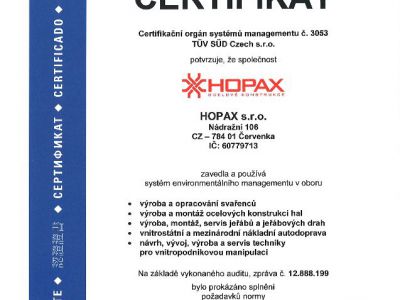 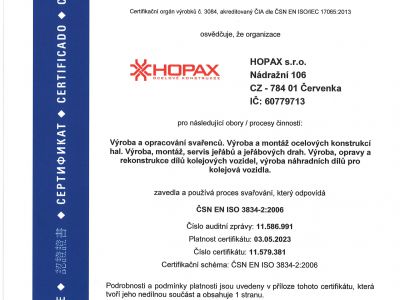 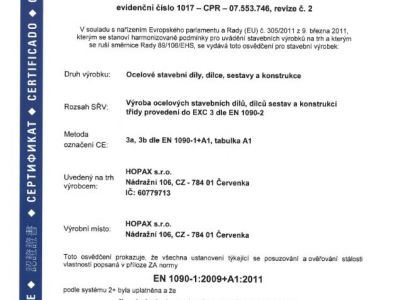 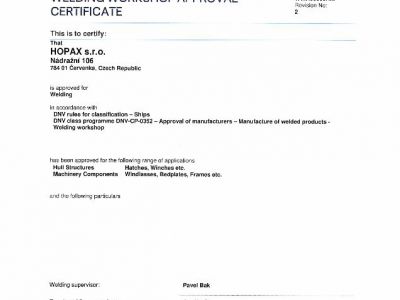 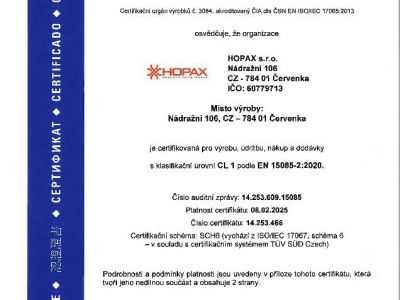 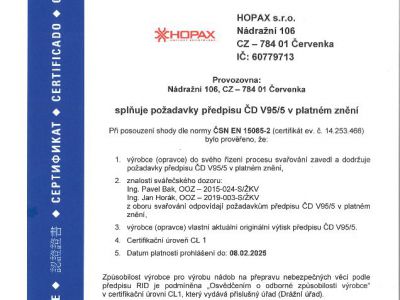 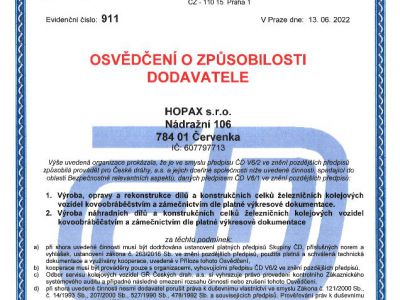 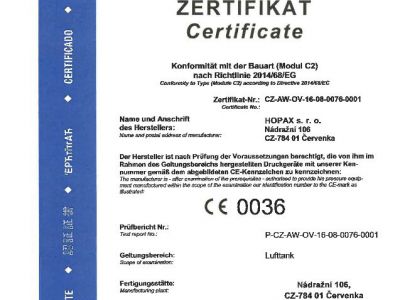 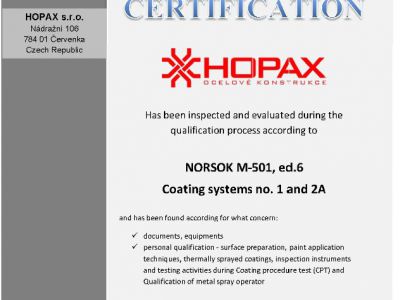 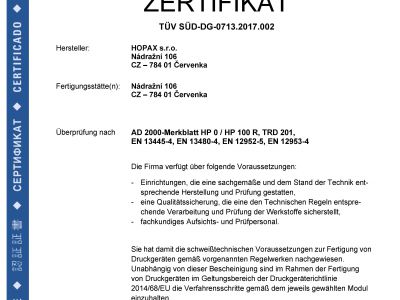 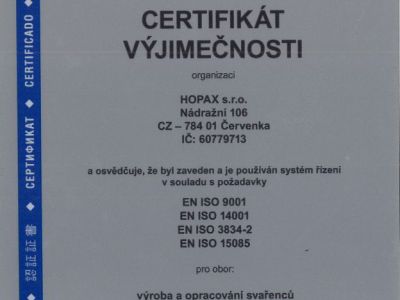 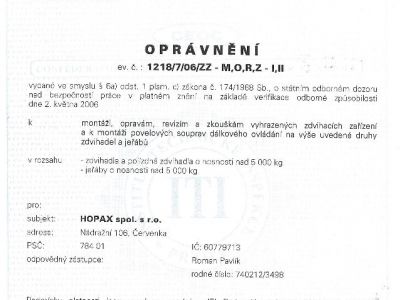 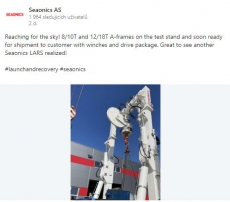 Reaching the sky. First tested LARS in our new production site. Proud to be part of this project…